NAMI New Hampshire is a grassroots organization working to improve the quality of life for all by providing support, education and advocacy for people affected by mental illness and suicide.

Comprised of a network of affiliate chapters and support groups, staff and volunteers, NAMI NH provides information, education and support to all families and communities affected by mental illness and suicide.

Through our support and education networks, NAMI NH provides opportunities for people, in a safe and comfortable setting, to share each other’s pain and promote hope. Together we are working hard to build a better tomorrow for our loved ones and for ourselves.

The mission of NAMI New Hampshire (NAMI NH) is “to improve the lives of all people affected by mental illness and suicide through support, education and advocacy.” In support of this mission, therefore, NAMI NH is dedicated to providing support, education and advocacy equitably without discrimination against, or harassment of, any person on the basis of race, color, national origin, language, religion, sex, age, disability, citizenship, marital status, creed, sexual orientation, gender expression or gender identity (individuals’ preferred gender will be respected, and individuals will be referred to by their name and pronoun of choice, whenever feasible) or any other characteristic protected by federal or state law. Any such discrimination or harassment is prohibited and will not be tolerated.

NAMI New Hampshire is a grassroots organization working to improve the lives of all people affected by mental illness and suicide through support, education and advocacy.

We envision a future where people affected by mental illness have hope, help, and health, and are able to:

Compassion. We offer compassion and empathy to all who are affected by mental illness and suicide.

Dignity. We believe everyone deserves to be free from judgment, and strive to foster hope always.

Inclusiveness. We respect people, value the voice of individuals with lived experience, and are committed to equality and diversity.

Collaboration. We are committed to a culture of teamwork and collaboration with diverse partners, working toward shared goals.

Integrity. We believe in openness and transparency, stewarding our resources, and being accountable to the individuals and families we serve, our members, and our funders. 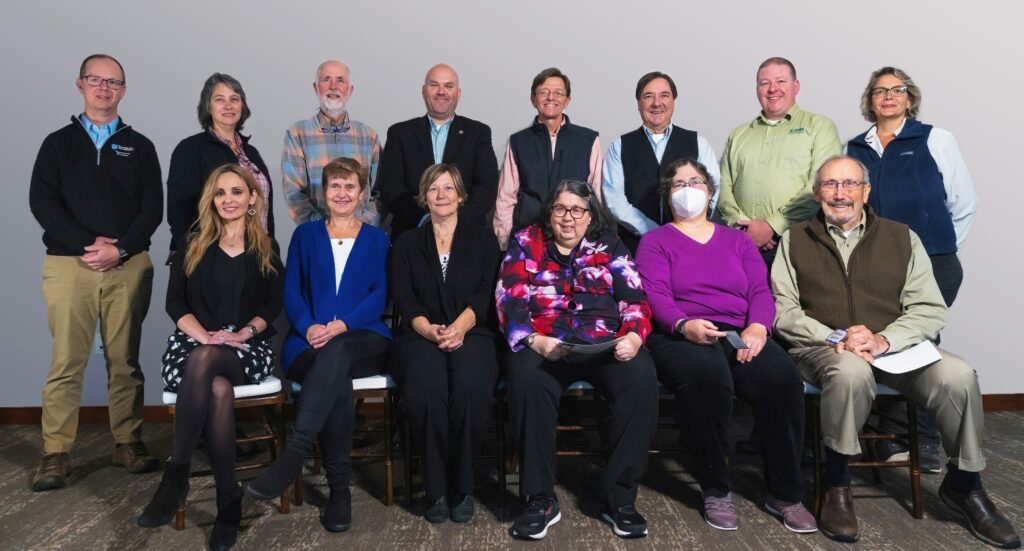 After the death of her husband in 1972, Peggy Straw’s daughter began experiencing a mental illness. Back in those days, families, especially parents, were blamed for causing mental illness. Although the Community Mental Health Center Act of 1963 established centers throughout the US, most of them were providing “prevention” services to people who could be identified as the “worried well.” The flawed theory was that, if people received services before they became ill, the illness could be prevented.

In an effort to find support and learn about the nature of her daughter’s disease, Peggy joined the NH Association for Mental Health. In 1976, at the urging of the Association’s Executive Director, she wrote to every state to find out if there were any support groups for families of loved ones with mental illness. Of the 39 states that responded to her inquiry, none knew of any support groups or even where information other than patient rights booklets could be obtained.

Peggy decided to start her own support group in 1978 with a few other interested families. As President of her local mental health center, she attended a convention in San Francisco in 1979. There she heard about a group of families from Wisconsin considering the formation of a National Alliance for the Mentally Ill (NAMI). The next year she traveled to Chicago to attend the first organizational meeting of NAMI, representing New Hampshire.

A seed was planted, and families affected by mental illness joined together to form affiliates throughout the state. Slowly, support groups were organized by affiliates with a goal of advocating for better community based services for their loved ones. In the fall of 1982, NAMI NH legally incorporated in the state of NH as a 501(c)3 non-profit organization. With dedication, persistence and hard work, NAMI NH has grown substantially from its humble beginnings, as have the many affiliates throughout the state.

Due in large part to generous individual, corporate and foundation donations, NAMI NH is able to continue to focus on three cornerstones of activity that offer hope, reform and health to our New Hampshire community: Support, Education and Advocacy.

Select from the desired year to open a PDF of NAMI NH’s annual report for that year.

NAMI NH conducts ongoing evaluations of its programs. Evaluation results for selected programs have been linked below.